It was built in 1296 in reign of King Mengrai. In the past there are 2 gates outer and inner gates. Later, the outer was destroyed. So there is only inner gate call “Pratu Tha Pae” until now.

There is a big area near the gate, that has many ceremony festivals there through the year. Around Tha Pae Gate there are many Nations Restaurants, Pubs and Bars, Tourist informations, Guest houses etc. for Passengers. It Looks like “Thanon Kaosan” in Bangkok when I see there.
*Pratu or Gate means Big door

The Gate was built in 1296 by King Mengrai. At that time was called “Pratu Hua Wiang” (or the Front-Gate of the city). In the coronation ceremony, King of Chiang Mai would get into the town by this Gate. The name “Chang Pauk” (or white elephant) was get from, in 1400 King Praya Sanmuangma built the WhiteElephant Statues at the north of the Gate.

The Gate was built in 1296, the reign of King Mengrai. The name “Suan Dok” or “Flowers Garden” came from there was the garden of King Kuena outside the Gate. King Kuena built a temple in the garden called “Suan Dok Temple” too

The Gate was built in the riegn of King Mengrai in 1296. It is the Southern gate called “Pratu Tai Wiang” or “Back gate of the city”, the route to Lamphun. Because of the name that hold the city’s name, Chiang Mai corpses or soldiers must not go out of this gate for fear of bringing bad luck and curse to the city. 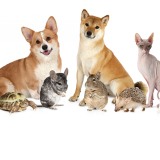